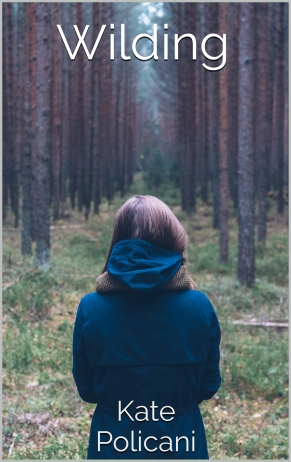 I have just released my current edit of Wilding for a very limited time on Kindle for the Amazon Storyteller Writing Competition 2017! Yes, I plan to continue to seek a Literary Agent for this work, and I will remove it as soon as the contest is decided.

Dellcine cannot submit and become an obedient human. She lives in torment, consumed with bitterness toward her alien masters. The trans-dimensional beings called the ShaZha claim to rule Earth in order to rehabilitate humanity, but she can’t sympathize with their cause.

Her rebellion provides no relief until one day she hears the rumors of a human who knows of the world outside the Prodigy community. This discovery spurs Dellcine to form a daring escape plan. Can she liberate herself from her stifling existence, and will the world outside give her everything she hoped for?

If you loved The Disenchanted Pet and wanted to know more about the ShaZha universe, you’ll love Wilding. Be sure to purchase before the contest period ends!

If you haven’t read The Disenchanted Pet, I’ve made it FREE all this weekend!

I’ve done a deep edit on The Disenchanted Pet and another pass with Kathleen, my editor. If you’ve purchased the Kindle file, it should automatically upload the new version. If you purchased the paperback, you now have a limited edition!

The print book gets an upgrade next!

The last time I checked, Third Place Books in Lake Forest Park, WA still has some copies of the old book with the old (award-winningly ugly) cover. If you like limited editions, this is your chance to get one.

If you don’t have it, you’re missing one of my most popular books.

Short synopsis: Far into the future, the Earth is ruled by the ShaZha, a hyper-intelligent race of alien beings who are plagued by the violence and volatility of the human race. Supposedly intending to repair the broken societies and polluted planet, they have found the Human problem to be much more complex than they ever imagined. Zarah is a Prodigy, an obedient human, with a caring ShaZha master. Zarah wants to prove all her master’s hopes that humans can be civilized and responsible. When she is lost by her master and exposed to the other side of humanity, she must confront the possibility she might be not a valued citizen, but a pet.

I am currently writing my next book called The Stray, a second book set in the ShaZha Earth. It isn’t a sequel, but the story connects with The Disenchanted Pet

Buy The Disenchanted Pet on Amazon (Kindle and Paperback)

Long Synopsis: The Disenchanted Pet is ashort Science Fiction novel that takes place in the popular “post-apocalyptic Earth” setting,  exploreing the unique problems with the Human Race and how to “fix” it. Zarah is a young, optimistic girl, entering into the exciting world of adulthood with an idealistic perspective. But Zarah lives in the a future where Humanity is ruled by an alien race occupying Earth in order to rehabilitate and repair the planet and its people. Reality intrudes on Zarah’s unspoiled outlook when she is attacked and separated from her SaSa, an alien guardian who is like a parent to her. Trapped within the Feral Facility, pregnant and separated from her home and new husband, she learns all the mistakes about the reality she believed in. She sees that the “Ferals”, who who aren’t serviceable within  the ShaZha’s plans, are not necessarily the monsters her Prodigy society has portrayed them to be. Suffering through the harsh truth about her world and the errors in her ideals, she must face a future without the assurances upon which she always relied. The Disenchanted Pet appeals to Science Fiction lovers as well as readers who have never explored the genre before. It explores the disillusionment of growing up and the harsh realities of adulthood, but with aliens.