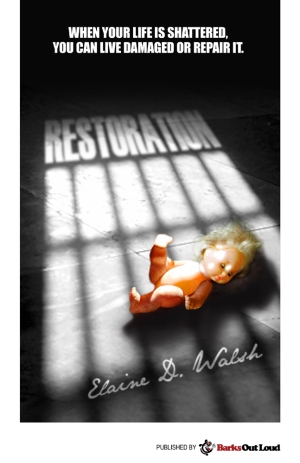 With a signed death warrant and final appeals running out, Tess Olsen anticipates the execution of the man her mother deserted her family for thirteen years ago. Randall Wright s death will expel his disturbing legacy and return her mother to her; it s as simple as that, or so she believes. But Wright robbed her life of more than just her mother and like a splinter slowly and painfully working its way to the surface, those stolen pieces begin emerging.

Working as an art conservator in New York City, Tess keeps an emotional distance from co-workers. She has no close ties since isolating herself during her teen years when the tale of Wright s crimes, trial, and marriage to her mother was published in a Pulitzer Prize winning article. She yearns for the family she had and is unable to accept who they are now.

Tess is dating Ben Elliot, an art critic for the New York Times. The relationship both intrigues and unnerves her. Unlike men she s dated in the past, he is more interested in her than her physical attributes and any sex she can offer. Although drawn to Ben, she is more comfortable with men like Kenyon LeMere, a brazen artist Ben introduces her to who has a reputation for translating his sexual liaisons into art.

Restoration chronicles Tess Olsen s challenge to restore her life, relationships, and dreams back to the promise they held before Randall Wright.

Other ebooks at Smashwords

Nimitz Highway and River Street is an intersection on the island of Oahu in Hawaii. This is where she impatiently came out of the womb ready to start on her personal history.

She grew up in upstate New York against the backdrop of the flowering women’s rights movement with different ideas from her mother as to what her life as a woman should be. In college, she majored in psychology with the intent of being a “death & dying” counselor. This would be her paying job while she wrote the next great American novel. Plan B kicked in and she graduated with a B.A. in English, packed her car, and upset her parents by moving to Florida in search of her destiny.

Without ever having taken one business course, she created her own brand and became a successful business executive by day and women’s fiction writer by night. So far, she has lived a Lifetime Movie Network life, a mixture of extraordinary, ordinary, mundane, and terrifying, providing her great inspiration and fanning her creative flame.

Her father imbued in her a strong sense of family. He brought to life the words unconditional love.

From her mother, she gained an appreciation for the complexities of relationships and richness in life one finds exploring and experiencing everything from a recipe, to a historical site, to lunch with friends, or a glass of wine. Her mother was a collector of experiences. They journeyed together and grew as individuals and as mother-daughter. Elaine shared her mother’s journeys battling cancer, as her mother survived one and succumbed to another. In one of their last soulful conversations before her mother died, she told Elaine she was glad Elaine also had a daughter and hoped she would enjoy her own daughter as much as her mother enjoyed Elaine.

The most powerful influences in her life and her stories come from being a daughter, mother, friend, and soul mate. But as a successful women’s fiction writer, does this surprise anyone?