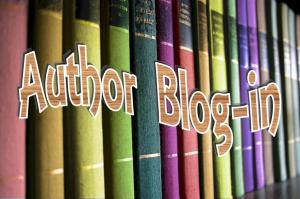 How “The Presidents Club” happened 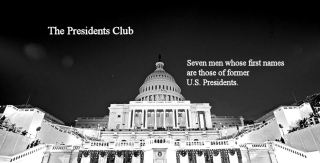 My first novel, The Tourist Killer, was nearing completion.
The characters had taken me to places not imagined in the beginning.
As the story lines for several of the characters were beginning to converge, one of them, Julian Thibaut, decided to visit a quiet little bar for a drink and some thought.
He met a man who knew of a great place that would fill the bill.
His new friend had on a name tag, but it wasn’t his. The tag read, “Ted.”
The wearer explained, “I borrowed this from another guy I work with. I forgot mine today. My name’s Abe, another President.”
When he said that, a light bulb went off for me.
When the two men arrived at the Louisville Tavern, they met a group of retirees that all had first names in common with previous U.S. Presidents.  In addition to the aforementioned Abraham/Abe, the other members of The Presidents Club: George, Thomas, Woodrow, Franklin, Ulysses, and Ronald. The group included a teacher, general surgeon, minister, retail manager, chiropractor, college professor, and a lieutenant colonel in the Air Force, all retired.
The Presidents Club debuted on Sunday, January 6, 2012 as a free weekly serial on the web site of my publisher, Venture Galleries. We were stunned to have received over one thousand readers for the first chapter.
Please accept this invitation to join us on Sunday, January 13, forChapter Two. Venture Galleries will archive every chapter, so if you miss one, it will be easy to catch up. Eventually, The Presidents Club will be available as both an e-book and a trade paperback.

Here’s the pitch:  A group of retirees and the ex-FBI agent hired to protect them face danger as they investigate a murder and uncover the source of ultimate government power.

Genre: a thinking readers’ thriller — enough action to keep the pages turning and enough information to get to know the characters not only by the information given about them, but how and with whom they interact.